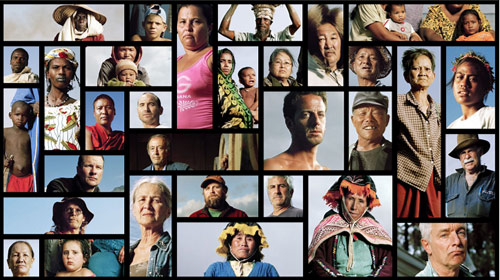 Here’s a little thought experiment that turns up in Alex Evans’ book The Myth Gap. It’s something Duane Elgin asks people, and it got me thinking. I thought I might try it out on you all, and then we can talk about it.

If you look at the way we treat each other, the way humanity behaves, what sort of age would we be if all of humanity was one individual?

In his book Awakening Earth, Elgin suggests that “Just as there are recognizable stages in the movement of an individual from infancy to early adulthood, so, too, do there seem to be stages of learning that describe our maturation as a species.” In his theory, there are seven stages of consciousness to progress through, and we’re about halfway along. A teenage phase, in other words.
Whether there are seven stages and what we might call them is up for debate, but it certainly seems that we have taken key steps in the past. The emergence of language shows a dawning self-awareness that sets humanity apart from the animal world. Settled farming, cities and culture suggest a identity being formed. Then comes science and the ability to build cumulative knowledge. Today we see a slowly forming sense that we need to care for others and for our world if we want to thrive in the future. That’s almost like growing up, that moment when you realise you need to make some plans and take responsibility.

These are developmental stages that take thousands of years to progress through, or they did at the beginning. Perhaps they are speeding up.

What do you think? Is thinking of humanity as a teenager a helpful analogy? Are we, in Alex Evans’ words, ready “to grow up as a species and begin to assume the responsibilities of adulthood?”