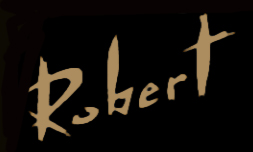 When I was about ten, the highlight of the school year was a field trip to the Robert chocolate factory in Antananarivo, Madagascar. The memory of its airy white rooms and boutique full of be-ribboned chocolate boxes came back to me yesterday, when when my wife presented me with a bar of chocolate from that same factory, now for sale in Sainsbury’s in Luton.

It’s under a different name, Sambirano Grand Cru, from the Malagasy company, but a little digging reveals that it’s not only Robert (pronounced Roe-bear), it’s also the result of a fascinating movement called Equitrade.

Equitrade is related to Fairtrade, but it differs in some important ways. Fairtrade is ultimately about growers, and fair prices to small-holders and producers. A fair price for cash crops is guaranteed, but the goods themselves and hence the profits, are made elsewhere. Equitable trade aims to support the sale of finished goods, rather than raw materials, with all the added value of a completed product. This way, the majority of the profits stay within the developing economy, taxes are paid to the local government, and the whole country benefits from the trade.

To follow the example of the chocolate bar, your average Fairtrade chocolate bar costs £1,70, writes John Vidal in the Guardian. Only 5p of that sum stays in the country where the cocoa beans were grown, around 2-3% of the price you pay. Because the actual chocolate is made elsewhere, the rest goes to the developed world producers, the brand, the supplier, the retailer, and so on. Because Equitrade works to keep the whole production chain local, 51% of the retail price of a bar of Sambirano stays in Madagascar. Considerably better, I’m sure you’ll agree. (Ethical Consumer magazine rates this as the second most ethical chocolate on the market, with a rating of 16.5. For comparison, Green and Blacks scores 9.5, Cadbury’s 6.5, Galaxy 2.5 and Yorkie 0.5)

There are a number of knock-on effects to Equitrade. The first is that there is a transfer of knowledge to the developing country. In this case, entrepreneurs worked with the UK’s Academy of Culinary Arts to fine-tune their chocolate for the market. The Robert factory has been producing confectionery for the local market for decades, but now produces a world-class product that can compete internationally. That expertise transfer runs all the way down through the chain to the farmers, who are using better methods and growing better beans.

Secondly, there’s real kudos for Madagascar here. Conoisseurs have known about Malagasy cocoa beans for a long time, and wider recognition of that is no bad thing. Sambirano is described as ‘one of the great chocolates of the world’ by the Seventypercent website, and is sold at Fortnum and Masons in London, while its sister Mora Mora won a silver medal at the Academy of Chocolate awards last year. That it was not just grown, but processed and packaged in Madagascar too, should be a real source of pride for a country best known for lemurs, for being poor, and for sharing its name with an animated movie. Building the reputation of Madagascar internationally is great for national pride and self-respect, and also attracts further investment, and thus further development, jobs, and economic growth.

Another important factor in Equitrade is taxes. Because a larger share of revenues stay in Madagascar, the Malagasy government gets a bigger share in tax, in this case 11% of the value of a chocolate bar. That feeds into the national coffers, and makes education, healthcare and public spending initiatives possible.

Equitable trade is a challenge. To get Sambirano into the UK market required considerable investment in factory upgrades and modernisation, research into recipes and European tastes, streamlining supply chains and investing in better quality control at the growing end. “We wanted to make it all in the country of origin” says Neil Kelsal of Equitrade. “Yes, the whole process – farming, fermentation, drying, roasting, winnowing, grinding, mixing, refining, conching, tempering, moulding, packaging, and transportation.” That takes time, but the Malagasy company are now working to bring spices, nuts, and tea and coffee to the international market. That will be with TAF, whose coffee-roasting aromas used to waft out over the dike road into town. When I find their fine Arabica for sale in Luton, we’ll have passed another milestone for both Madagascar, and for international development.

Equitrade is still very much in its infancy. Malagasy is the first Equitrade company, and the founder has now moved full time to an Equitrade Foundation. It’s a movement to watch, and as its pioneers include Malagasy companies Robert, TAF, and TIKO, and its supporters include president Marc Ravalomanana, it’s a movement Madagascar can call their own.