One of the consequences of a disrupted climate is an increase in natural disasters and extreme weather events. There were five times more natural disasters in the last decade than in the 1970s. The graph is from the UN’s 2010 report on the least developed countries, and just shows disasters in the world’s 49 poorest countries. These countries emit just 1% of global greenhouse gases, but face the most severe effects of climate change. 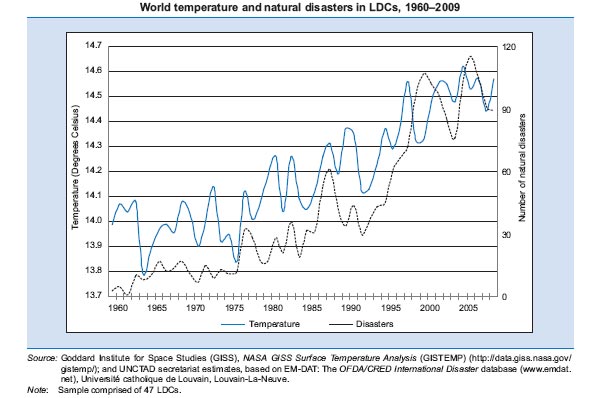