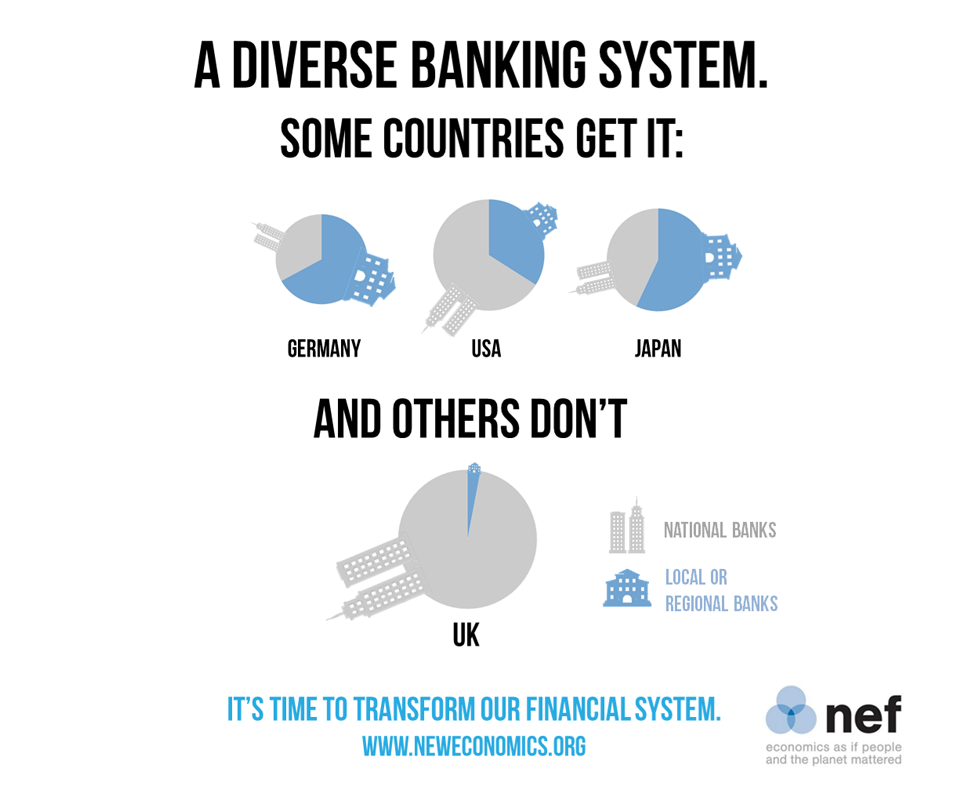 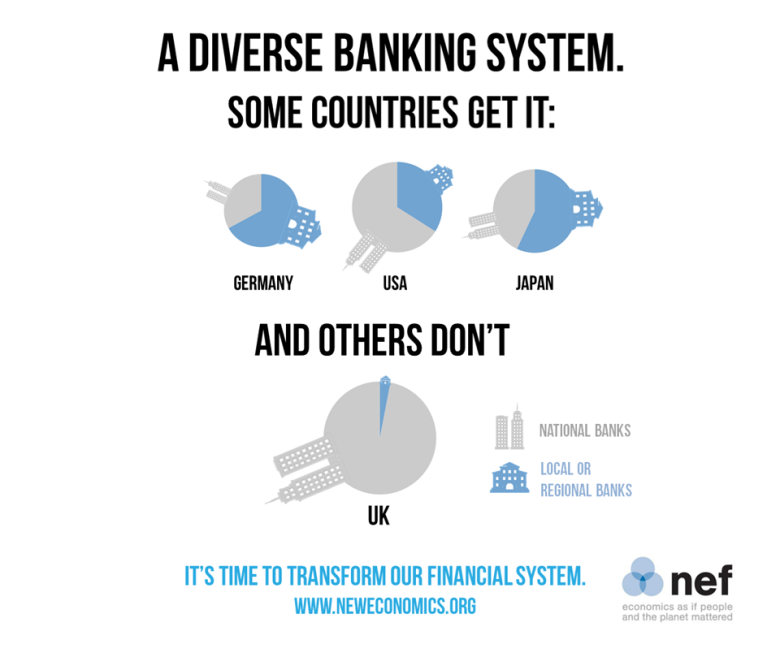 I received this graphic in my email today. It’s one of the topics of the Transforming Finance conference which is going on today, looking at why Britain might be better off with more local and regional banks. We’re quite unusual in this. High street banking in Britain is dominated by a handful of big names – Lloyds, Natwest, Barclays et al. Most other developed countries have a richer diversity of banks. Just 3% of Britain’s banking assets are in local banks, compared to 67% in Germany.

We didn’t used to be that way. There used to be a rich variety of banks, some of them quite large and well established, but still focused on particular cities or regions. What happened in Britain was basically an arms race of mergers. Banks began to form partnerships, merge and consolidate. As big players emerged, other banks quickly began merging too in order to stay competitive.

It led to a series of unwieldy names. At one point Barclays was known in the City as ‘the long firm’, because its official name was Barclay, Bevan, Tritton, Ransom, Bouverie and Co. That list was only a fraction of all the various banks incorporated into Barclays at the time, the full list running to 71 different partners.

This could have been stopped, but the wisdom of the time was that bigger banks were more stable and better equipped to handle banking crises – of which there were several. Big ones in 1866 and 1878 accelerated the trend, and by the beginning of the First World War, six sevenths of Britain’s banking names had vanished.

Does it matter? Yes, in that monoculture is never a good thing. It leaves you vulnerable, and we all know the phrase ‘too big to fail’. Local banks are also able to be more targeted to their regions, providing mortgages or business loans that suit the local economy. A  mortgage on a house in London could look quite different to one in the North East, if we had that option. Local banks are also better at lending to small and medium sized businesses. Nef’s report on Stakeholder Banks makes the case for them in more detail.

There are measures in place to try and improve Britain’s banking diversity. There are new rules coming in to make it easier to switch banks. There are new banks gaining ground, like Metro Bank in London. Swedish bank Handelsbanken runs every branch locally, and builds relationships with local business that British banks can’t match – as Mervyn King admitted recently. We may yet be able to break down the monopoly of the big banks.