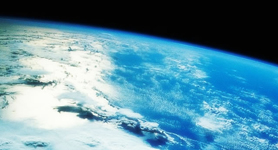 Climate change is the archetypal planetary boundary. It’s a global problem with clear tipping points, and more and more people know what those are. Of all nine boundaries, it’s the only one that is popularly understood.

And so it should be, because it’s the one with the biggest consequences if we fail to manage it. If the climate slips out of control, then the land use, fresh water, ocean acidification and biodiversity boundaries go with it. The world would be a very different and far more hostile place.

As we know, carbon dioxide (CO2) and other gases trap heat within the earth’s atmosphere, creating a greenhouse effect that warms the planet. Joseph Fourier identified the greenhouse effect in 1827, so this is not a new idea. CO2 is present in nature and is critical to plant growth, but human activity, and particularly the burning of fossil fuels, has created an imbalance.

One notable thing about the climate change boundary is that we’re able to measure that imbalance with real accuracy – not something that can be done with many of the other boundaries. We know the exact CO2 content of the atmosphere, and we can track how it has changed since we started measuring it. At the beginning of the industrial age CO2 concentrations were 278 parts per million (ppm), and we crossed the landmark 400 ppm this year. We can also measure what effect that has, through land and sea based temperature measurements, and more accurately, through satellites that can measure the difference between incoming and outgoing radiation.

The more CO2 there is in the atmosphere, the more of that radiation is absorbed into the earth’s systems and the more the planet warms – but it’s not a straightforward linear process. Different parts of the world see different effects as the climate interacts with regional systems. Crucial to the setting of a boundary, there are also key points where change begins to happen. At a certain temperature permafrost may begin to thaw, glaciers may begin to melt, or forest may begin to die back.

It’s important to identify these points of change, because they can trigger feedback mechanisms that accelerate warming. For example, Arctic sea ice is bright and reflective, so it bounces sunlight back from the earth’s surface. As ice melts, that reflective surface gives way to the darker water beneath, which absorbs more warmth and accelerates the melting of the ice that remains.

There are a number of these potential vicious circles, and it’s why campaigners and scientists often refer to the dangers of ‘runaway climate change’. If it were a predictable process, perhaps we could adapt to our changing world. It’s the risk of sudden and irreversible change that makes it climate change so urgent.

That’s why we need a boundary, a limit that is internationally agreed, and the one that has emerged is 2 degrees of warming. That much we can handle, although we’re nowhere near that yet and we already have changing seasons and more extreme weather. Beyond 2 degrees, we risk triggering too many of those feedback mechanisms and the climate would spin out of our control. We would be powerless to stop the two degrees becoming three, four, and substantially changing our environment.

To keep the atmosphere roughly the way it has been for most of human development, CO2 concentrations need to be below 350 ppm. That’s the logic of the 350.org movement, which is based on James Hansen’s climate research. Hansen is also a member of the planetary boundaries group.

Unlike most of climate science, that number is still contested. 350 is lower than the more generally accepted 450 ppm that the EU agreed, or the 550 that Lord Stern recommended in 2006. Those advocating higher carbon targets often admit that they have gone for a ‘political’ target rather than a scientific one. Some of them, Lord Stern included, have now changed their views and advocate the lower target of 350ppm.

This matters because if we want to achieve lower CO2 concentrations, we obviously have that much more work to do. A 350 ppm target puts means more effort, and more substantial change to the way we live. Many, including most governments, assume that we can swap technologies and proceed more or less as we are, so higher targets suit that view. Others don’t see how the maths adds up without much deeper cuts to our CO2 emissions, and more disruptive change to our lifestyles. I’m the latter camp, and I am convinced that if we are taking climate change seriously, we have some very big questions to answer. Perhaps the biggest is an energy intensive, growth-based model of development which is fundamentally incompatible with a finite planet.

So here we are. If we want to keep below 2 degrees of warming and prevent more serious climate change, we need to decarbonise to 350 parts per million of CO2 in the atmosphere. Easy to say.

More from this series