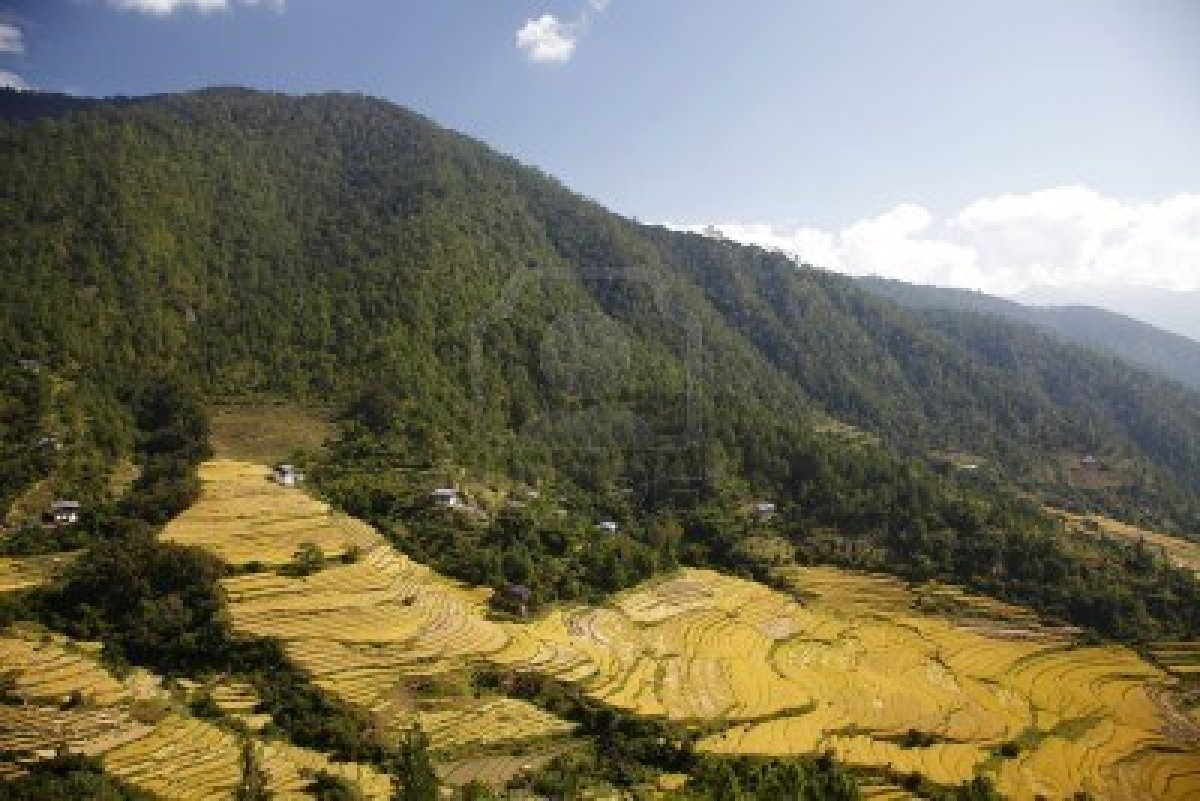 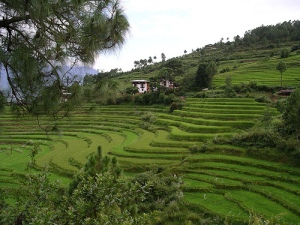 There’s a little article in the latest edition of Resurgence magazine that caught my eye – Bhutan is to move to 100% organic production in its agriculture.

Bhutan, you may remember, already has 100% renewable energy and is the only country in the world that pursues Gross National Happiness instead of Gross Domestic Product. It’s clearly a sustainability pioneer, but is this one step too far?

There will be plenty of skepticism, but it’s not the act of environmental idealism it initially appears. For starters, there are good reasons why Bhutan might find a blanket target more useful than other countries. Being mountainous, terraced farming is common, and that means that there are more problems with run-off than elsewhere. “Ours is a mountainous terrain” says the agriculture and forests minister Pema Gyamtsho. “When we use chemicals they don’t stay where we use them, they impact the water and plants.”

There’s also an economic incentive, as the plan will raise the value of Bhutan’s agricultural exports. There is growing interest in organic produce in India and China, so this is part of a strategy to tap into that appetite. Bhutan’s farmers could never compete on quantity or price, given the country’s size and geography, so this gives them an edge that they wouldn’t otherwise have.

Many will assume that the trade-off will be a fall in food production, as it is widely believed that organic agriculture is less productive than conventional. But that depends. Much of the country’s agriculture is still small scale and uses traditional methods, and organic farming techniques are at their most effective in that context. The minister believes that production will rise, and the years of research and experimentation that precede the announcement suggest this isn’t wishful thinking.

However, that doesn’t mean a 100% organic plan is the unalloyed good that Resurgence magazine seems to think it is. Organic standards are, in my view, often far too stringent and take an unnecessarily all-or-nothing approach. Even in a small country, you can’t treat all crops and all farms exactly the same. A national ban on fertiliser and pesticide sales could wreck the livelihoods of farmers on less fertile soil, or whose crops are more susceptible to insect infestation. There will be opposition from some quarters, and how that is handled matters – coercing people into sustainable farming is hardly progressive.

Bhutan’s strategy will hopefully take this sort of thing into account, and Mr Gyamtsho recognises that it will take time. “We have set no deadline. We cannot do it tomorrow. Instead we will achieve it region by region and crop by crop.”

Personally, I don’t think 100% organic is the way to go for most places. It’s just too high a standard, and I think we need to break the dichotomy between conventional and organic agriculture. Organic food is something of a false ideal, and agriculture doesn’t need to be 100% organic to be sustainable. It’s about wisdom and moderation – not banning all chemical intervention, but using the best of modern science alongside the best of traditional techniques.

I can see why Bhutan have gone for a national goal, but I’d hesitate to recommend it to anyone else. It’s certainly a bold experiment, and I will be interested to see how it goes.