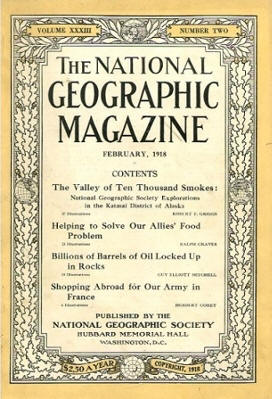 The boom in shale oil and gas in the US has been one of the big stories in the energy world in the last couple of years. The hype has been infectious, with high hopes that unconventional fuels could make American energy independent again.

What is not so well known is that this is not the first boom in unconventional fossil fuels in the US. There have been three previous waves of interest before it.

The first began in 1915. The US Geological Survey had begun field studies of the Western oil shales. They concluded that the deposits that stretched across Colorado, Wyoming, Utah and Nevada were enough to triple the national oil reserves. With the First World War taking hold, the strategic importance of domestic oil sources had risen dramatically, and President Wilson created large shale reserves.

But really, 20 billion in oil shale? The US Geological Survey were told to go away and check again, only to return in 1917 to say they had underestimated and it was actually twice as big as they thought. This is when people started to get excited. ‘Billions of barrels of oil locked up in rocks’ reported the National Geographic, and there was a rush to grab land and log mineral rights across the region. Between 1918 and 1920, a hundred new companies sprang up to exploit the oil shales.

A note on shale here. Oil shale and shale oil are not the same thing. Shale oil is oil that can be recovered from rock by fracking. Oil shale doesn’t actually contain any oil, but a substance called kerogen – basically oil that is still half-baked and has to be finished off in the microwave. Rather than wait a few million years to it to turn into oil, kerogen can be subjected to immense heat to distill oil out of it. This is an energy intensive process, and since the US still had plentiful crude, the oil shale companies were going to struggle to compete.

But that didn’t stop the rush. “In the popular imagination, anything connected with oil was a source of immediate wealth” wrote historian MJ Gavin shortly after the boom. “Stock promoters dealing in shale oil stock did not hesitate to make the prospects more dazzling by presenting all sorts of impossible estimates of assured profits in oil shale ventures.” 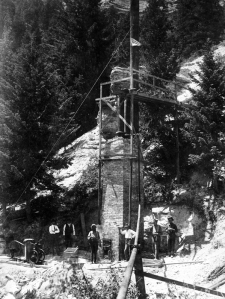 The reality was something quite different. Out in the hills, retorts were being built to heat the kerogen and extract the oil, but these were often far smaller operations than investors might have been led to believe. Production barely ran to the dozens of barrels, let alone hundreds. In some cases the end product wasn’t even marketable, and oil shale producers ended up selling their oil for soap, varnish, or sheep dip. One by one the oil shale pioneers closed their doors and by 1930 the entire industry had vanished.

The second wave of interest came during the Second World War, when the US again faced the prospect of oil shortages. With the new incentive came fresh interest in alternative fuel sources. In 1944 the Synthetic Liquid Fuels Act was signed, authorising the development of all kinds of unconventional fuels.

There was no gold rush this time. This new wave of interest was government led and focused on research and development. There was extensive research into coal liquefaction as a way of producing more oil, and experiments in biofuels (the history of biofuels tracks that of unconventional fossil fuels). The vast prospect of the oil shale beckoned again, and the Bureau of Mines developed a demonstration shale oil plant at Rifle, Colorado.

Some of the research was top secret, and among the more extraordinary ideas was Operation Bronco. This was a plan to detonate a nuclear bomb underground to crack oil out of the rock, and then pump the resulting liquid out. The US Atomic Energy Commission drew up plans, apparently in all seriousness. Thankfully the experiment was never carried out. By the mid-1950s the threat of oil shortages had receded again, and the government pulled the plug on its support for synthetic fuels.

You can probably see the pattern here. Sure enough, the third era of alternative fossil fuels began in 1973 with the oil embargo. A brief flurry of activity subsided, and then started again a couple of years later as volatility in the oil market continued. By the end of the decade and the full-blown oil crisis, raising domestic oil production was a major priority. 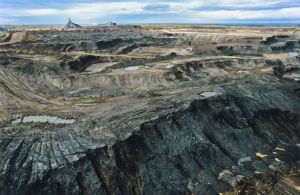 This time the oil majors were on board. Some of them had experimented in the 1940s, including Mobil and Shell, but now they threw their support into alternative fuels in a big way. Texaco began developing techniques around the gasification of coal. Occidental and the Department of Energy partnered on a pilot project in the Colorado shale beds. There were pilot projects in Utah’s tar sands (left), currently being touted as a next big  thing. Exxon made a $5 billion investment in oil shale. With this kind of financing commitment, it looked like the hour had finally come for alternative fuels. “Success seems just around the corner,” wrote Paul Russell of the US Bureau of Mines.

The synthetic fuel revolution did not materialise. The energy crisis in 1979 tipped the global economy into recession. Demand for oil dropped, there was a glut and the price nosedived. Companies betting big on alternative fuels lost a fortune. As the oil price stayed low throughout the 80s, interest in unconventional fossil fuels evaporated once again.

With all the hype about fracking and tight oil at the moment, it’s worth bearing this story in mind. There have been three booms and three busts. Is this time going to be different? There are certainly parallels – the role of land speculation in the current fracking industry certainly has echoes of the 1918 rush. After 100 years of trying, nobody has so far made a profit out of those oil shales, and that ought to serve as a warning. Then again, there are new technologies in play this time, and conventional oil production has peaked, giving the alternatives a chance to compete.

The fourth boom is a mixed bag so far. Smaller, specialist companies that got in early seem to be doing okay. The later you joined the party, the more you paid for drilling rights and the less likely you are to be making money. Conoco Phillips is one of the biggest operators in Eagle Ford shale oil, and couldn’t turn a profit last year. Chesapeake is another, and is losing money in tight oil. Some of the biggest oil companies are pulling out altogether. Three weeks ago Shell announced a $2 billion write-down of its Eagle Ford assets. The head of Total recently confessed that “we’re losing money on Barnett” shale and that the company would not seek to expand its operations. Both Shell and Chevron have thrown in the towel on the elusive Colorado oil shales, again, no matter how many billion barrels there may be locked away in the rocks.

It’s still possible that the American unconventional fuels sector will stabilise and prove itself profitable. But those declaring an energy revolution would do well to remember that they are not the first to do so.