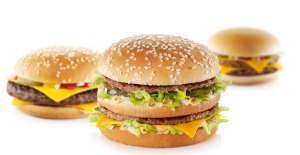 Last week I wrote about Intel’s announcement that it was going to phase out all conflict metals from its production lines. It’s a big story in the corporate responsibility world, but not the biggest this year. The one that’s caught my eye is McDonald’s. In a statement that got almost no coverage at all in the UK, the fast-food operator has announced that it is to start buying certified sustainable beef from 2016.

McDonald’s is the world’s largest and most high-profile purchaser of beef, so this matters. If they can find a way to source sustainable beef, it could transform the entire industry. But that’s a big if.

To start with, there’s no definition of sustainable beef at the moment. A functioning definition needs to take in animal welfare, use of water, land degradation and a host of other factors, so task number one on the list is to work out what sustainable beef is. For that, McDonald’s are working with the Roundtable on Sustainable Beef. “Given the vast differences in climate, available forages and grains, water resources, management practices and labor from one beef producing region to another around the globe, a definition must be constructed carefully” says the roundtable website.

Once you’ve got a definition, you then need to spread the word about it through the industry. The global beef industry is diverse and will be slow to respond, but with a buyer the size of McDonald’s behind it, word will spread and change will happen. It’s not something beef farmers can afford to ignore.

It’s worth noting that McDonald’s plan is to start buying in 2016 – and those first purchases will no doubt be a very small percentage of the total. “We will focus on increasing the annual amount each year, but it is too early to predict the quantity that will be purchased in 2016” says their director of media relations. Setting realistic targets for buying sustainable beef is another thing on the to-do list. This is going to be a long term project, with the eventual aim of buying 100% sustainable beef.

It’s great that McDonald’s are taking this seriously, and there’s no reason to believe that they aren’t genuine in their ambitions. They already serve MSC fish and a growing percentage of Rainforest Alliance coffee, though of course beef is a much bigger challenge. It’s also interesting that they’ve made this announcement with so little to actually show for it so far. Burt Rutherford of Beef Magazine suggests they’re basically giving the industry a deadline. Apparently there’s been a lot of talk about sustainable beef and little action, so McDonald’s (and Walmart too, who have similar ambitions) may be using their power to force those talks to some conclusions. That too, if that’s the case, is a positive development.

However, McDonald’s long term goal of buying exclusively sustainable beef is where it starts to come unstuck. It’s entirely possible to identify a set of environmental criteria that makes beef sustainable – if you’re raising cattle on well-watered grasslands for local consumption, for example. The problem is not raising sustainable beef, but producing enough of it. Like energy, water, paper, fish, or countless other sustainability conundrums, the problem is not the resources themselves, but excessive consumption, universalised.

In other words, the core problem is not that raising cattle is bad for the environment. The core problem is that we eat too much beef, and the growing demand for meat is pushing ranchers to clear more land and cut more corners. In a world with growing numbers of hungry people, you could feed 800 million people with the grain currently fed to cattle in the US – I don’t see how that is ethical, even if it can be justified environmentally.

There is one possibility for everyone to eat all the meat they want, and that’s the synthetic meat pioneered last year, but that’s a long way off, won’t be cheap and is a hard sell. If we want to eat naturally raised beef, I don’t see any truly sustainable alternative to eating less of it. And to a multinational corporation that has to keep growing to satisfy its shareholders, the idea of eating fewer burgers is not an option.