The world’s biggest tidal lagoon power station is currently being planned for Swansea bay, Wales. If permission is granted, the £850 million project will see a huge stone ring built in the bay, running to some 10 kilometres. 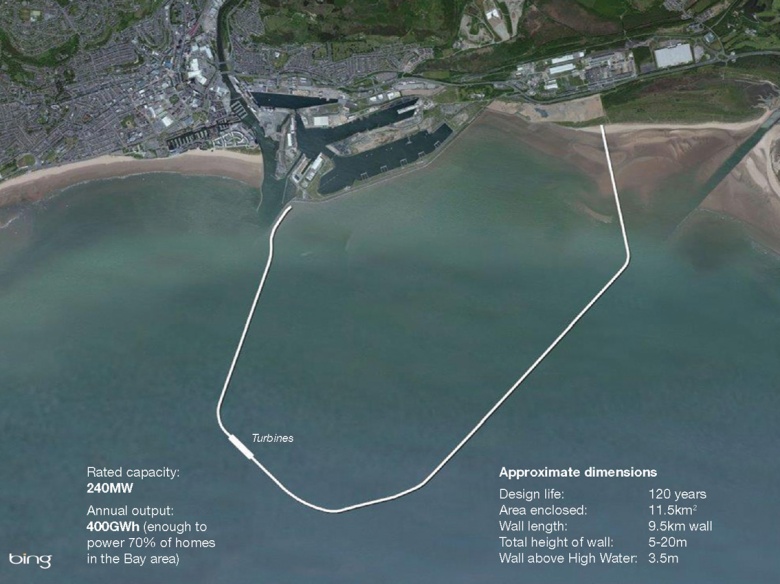 This more obscure form of renewable energy works by creating an artificial lagoon and then using the tides to fill it and empty it. The power is generated by creating a difference between water levels inside and outside the lagoon walls.

So, during high tide, the lagoon fills. As the tide goes back out again, the water is kept in the lagoon and then released to flow out, passing through turbines on its way. When the tide comes back in the process is reversed, letting the sea level rise around the lagoon and then opening the gates to let it rush in.

Using the outflowing and incoming tides, the lagoon gets two opportunities to generate power on each tide, with the Swansea project aiming to deliver 240 mwh for about 14 hours a day. That’s enough for 120,0000 homes. Unlike other forms of renewable energy, the tides are very predictable. The technology is relatively simple, with the designers suggesting the lagoon should generate power for 120 years, putting that £850 million price tag in a more favourable light. 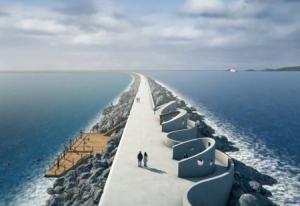 As an added bonus, the lagoon would include a pathway all the way round for those interested in cycling or walking it. The inside water would serve as a large marina for sailing, making the project a potential leisure and tourism asset as well as a power station.

What’s not to like? Well, it needs to be backed up by other forms of power for the hours that it isn’t generating, but that can be planned for. It’s not particularly disruptive environmentally, and the visual impact is certainly no worse than offshore wind turbines. The main problem is the up-front cost of that six mile sea wall. That means subsidies to get it started, though the business behind the scheme are adamant that these could be scaled back once it was operational.

The Swansea scheme is now being considered. If the government gives the go-ahead, we could have a world first for renewable energy operating off the coast by 2018. And if it delivers, the team have identified a further 17 sites around the UK where tidal lagoon power could work.

For more on the economics of the project, see the excellent Carbon Commentary. And if you want to get involved, shares are available from Tidal Lagoon Swansea Bay – at your own risk of course.