The internet may appear weightless and environmentally benign, but all the things we upload, ‘like’, or stream online have to be stored somewhere. That means servers, on all the time and drawing power. The bigger the internet becomes and the more things we do online, the bigger its energy footprint becomes.

Data centres are among the world’s most energy-hungry buildings. The internet giants of Google, Facebook or Amazon run enormous data farms with thousands of servers, often using as much energy to keep them cool as they do to keep them on. They also run banks of back-up diesel generators in case the electricity supply fails, so a single large data center can use as much energy as an entire town.

Over recent years, there have been a variety of experiments to try and reduce the impact of data centers. One solution that has emerged has been to build them in cold countries with a dependable energy supply. Scandinavia comes out on top, and Iceland in particular has made a deliberate attempt to market itself as a potential destination for data centers. The country has 100% renewable energy from both hydropower and geothermal. Its cold, and you can save a fortune on air conditioning.

Facebook would probably like to think that they are building some of the most energy efficient data centers in the world. Theirs in Lulea, Sweden, is certainly impressive – naturally cooled, and built with open-source hardware. Or perhaps I could mention Verne Global’s centre in Iceland that runs 400,000 servers on 100 MW of 100% renewable electricity.

But my personal favourite is the Academica server centre in Helsinki, Finland. It’s built in a large network of caves 30 metres under Uspenski Cathedral. They were used as a bomb shelter during the Second World War, and now they’re full of servers. It’s cool down there anyway, and further cooling is provided by seawater. Cleverly, the water pipes that run between the racks absorb the heat and shuttle it into the district heating system. Rather than wasting all that heat as most server farms do, this one turns it into a resource and provides enough heating for 500 homes.

Developed as a proof-of concept design, other centres are now being built that work with district heating systems. It is, unfortunately, pretty secret and there are no photos of it. So here’s a photo of Uspenski Cathedral and you can imagine it for yourselves. 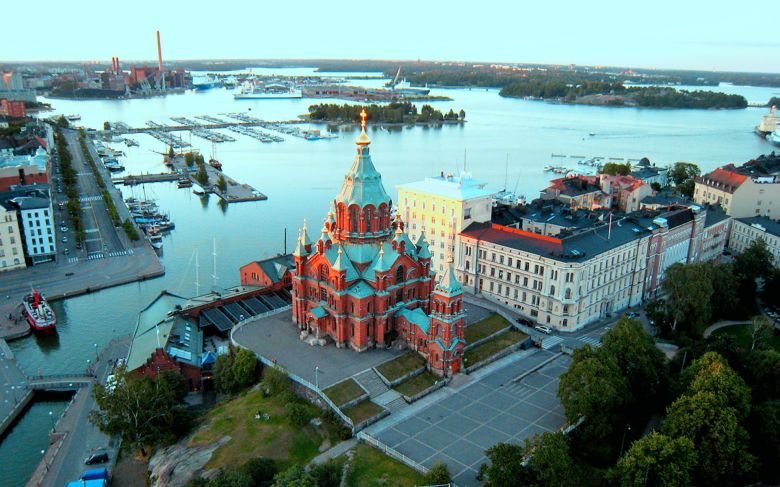