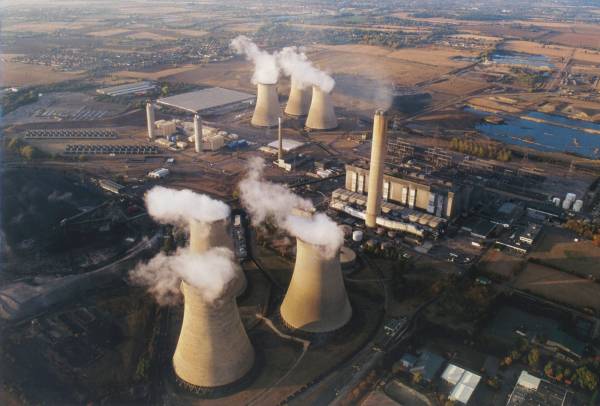 Early on Sunday morning, a demolition team brought down the Didcot power station cooling towers. It’ll take a while to dismantle the whole site, but it’s a symbolic moment. The towers were a notorious local eyesore, and the community will be glad to see them gone. But it’s also good news for air quality and the atmosphere.

In 2001 the EU brought in the Large Combustion Plant Directive, a piece of legislation designed to curb the most polluting power stations. Power stations with excessive suphur dioxide and nitrogen oxide emissions would either need to be retro-fitted to scrub the emissions, or close by 2015. Didcot’s owners, Npower, chose to close it down rather than invest in it, and it was disconnected from the grid last year. It is one of several coal power stations to have closed over the last few years, including Kingsnorth and Tilbury.

These closures are due to air pollution rules, not climate change legislation. Most of our coal power stations remain open, and coal power remains the biggest contributor to Britain’s electricity mix. Of the 30 dirtiest coal power stations in Europe, 9 are in Britain. There is a long way to go.

For today however, let’s just enjoy watching a coal power station being blown up.