Skip to content
Across the street from the Houses of Parliament is Westminster tube station, where a good few MPs arrive every morning on their way into work. Given the number of influential people guaranteed to walk past them, the advertising hoardings of Westminster tube do good business. Heathrow Airport likes to put ads up here, so to BAE Systems and BP. And of course campaigners like to take advantage of the space too, and this week the ticket barriers at the exits to the station look like this: 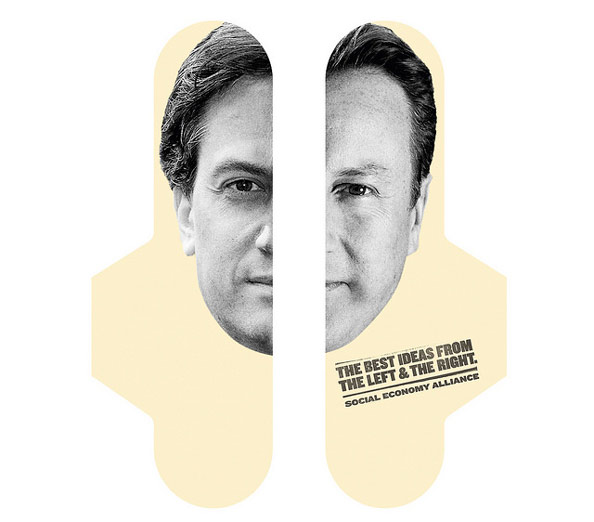 It’s a campaign from the Social Economy Alliance, who have crowdfunded their campaign and timed it for the MPs return from the summer. It calls on government to drop the traditional dichotomy of right and left, and take the best of both.

“The traditional notion that, politically, we can apportion basic ideas and concepts to being of either the left or the right, is being turned on its head” says the alliance in their 2015 manifesto. “Capital and labour, collaboration and competition, society and economy are working together to drive the growth in the social economy.”

The Social Economy Alliance believes that the perceived division between business and society is being undermined by new forms of social business. Non-profits, cooperatives and crowdfunders are creating a  ‘social economy’ that brings together financial and social value. You can read more about this, and how it can be encouraged, in the manifesto.

The campaign also features posters that blend the faces of politicians with opposing views. I’m not sure these work as well (is Che Guevara the ‘best of the left’?), but they’re certainly iconoclastic enough to get people talking, and I agree with the sentiment. I strongly believe that the biggest problems we face today are only going to be solved when we take the best ideas from wherever they may be found, and when we stop categorising everything into left and right.