Distribution centres are those vast, grey, boxy buildings that one sees from the motorway. They’re not very interesting, and some of them even try to divert attention away from themselves by planting rows of trees to screen them off, or applying blue paint schemes that aim to blend into the sky. But here’s one that’s worth a second look: Marks & Spencer’s distribution centre in Castle Donington.

For one thing, it’s hard to miss. It’s the biggest e-commerce warehouse in Britain, dispatching a million items a day. Shelf stacks are 25m high and accessed by robots, overseen by 1,2oo staff. The M&S press release will tell you how many buses you could stack inside if you’re curious, but size isn’t everything. It’s how you use that bulk productively that matters, and there are two features that make the building worth mentioning from my point of view.

First, that enormous roof space is an obvious place to put solar panels, and accordingly it hosts Britain’s largest rooftop solar array. Over 24,000 panels spread across a roof as big as 11 football pitches. Together they provide almost all the energy the distribution centre needs during the day – enough to power over a thousand homes if were put into the grid instead.

More unusually, the building also features solar heating. It’s been oriented to the south, presenting that huge facade to the sun to create the world’s largest solar wall. The size of 16 tennis courts, it collects heat and warms a layer of air between the wall and the paneling. The pre-warmed air is piped into the building, trimming 30% off its heating needs. An air-tight and well insulated building envelope makes sure as little heat as possible goes to waste. 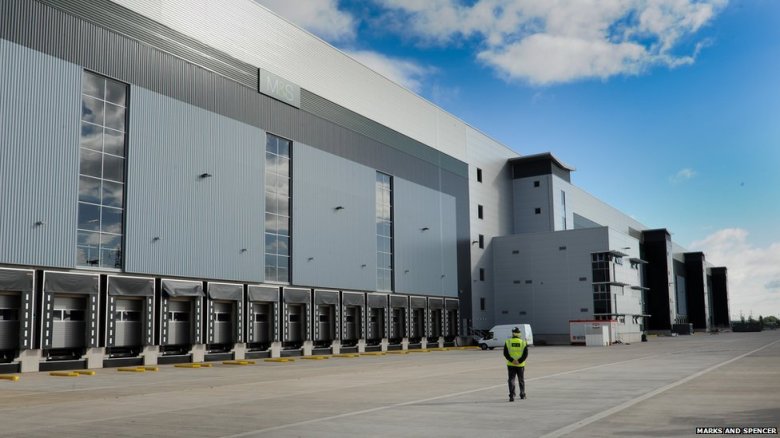