When land is planted with crops, those are harvested and the land is left bare. That’s something that never happens in nature. Under natural conditions there’s always something covering the ground. Soil is never dug over in nature either. Animals and birds might scratch around and occasionally bury things, but they never turn over a field. The job of aerating the soil is done from underneath, by insects and earthworms. 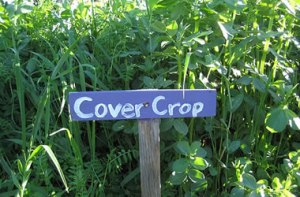 So in looking at how to protect soil and steward it for future generations, we’re looking at less intervention, not more. We want to avoid digging any more than necessary, and we don’t want to leave the ground bare. Those are the two most important things, and there are farming techniques that will make a difference and can be incorporated into conventional agriculture.

One of the most promising is low-till agriculture. Traditionally a farmer would plough a field, turning over the soil and then breaking it up with a harrow to prepare it for replanting. This destroys the structure of the soil, and isn’t strictly necessary anyway. Low till farming uses a seed drill instead, planting the seeds in individual holes or in a narrow trench. Because fewer heavy tractors have rolled over the soil, it’s also less compacted. Low till or no till agriculture began in Brazil and South America, and the techniques have been spreading. A quarter of US farmers now practice low till, and best practice needs to be shared further.

If you grow vegetables in the garden or on the allotment, you may know about mulching – adding a layer of compost and straw, or leaf mould, on the surface of the growing patch. This will be drawn into the ground by the worms, adding organic matter and improving water retention. That’s the simple end of things, and on a farm one might practice a far more elaborate set of techniques around ‘integrated soil fertility management’. But ultimately we’re talking about the same thing: using crop residues, manure or compost, to take care of the soil.

Hills are particularly vulnerable to erosion, and farmers have discovered that ploughing around the contours of the hills is much better than running lines up and down them. But it’s better not to plough a hill at all. In some traditional forms of agriculture, hillsides were terraced, creating lots of flat spaces rather than big slopes. This dramatically reduced erosion.

Drylands are also more vulnerable, because the wind can pick up dry and dusty earth and sweep it away. Farmers have a range of techniques to preserve soil in more arid conditions, including windbreaks, and banks of earth to trap moisture. Strip farming can also help, alternating strips of crops with fallow land, or growing two different crops in the same field.

When drylands succumb to erosion, the result is desertification, and in some parts of the world there has been concerted effort to halt deforestation. The most ambitious is the great green wall in the Sahel. Morocco has encouraged a shift from grain crops to olive groves and orchards. China has a huge tree planting scheme to restrict the advance of the Gobi desert.

Does organic farming have a role? Yes, in that organic farming puts soil stewardship right at the core. “Life, especially the life in all soil” says Charles Dowding, is “the essence of organic gardening.” I tend my own garden and allotment to mostly organic standards, but that ‘mostly’ is key. Aiming for certified organic is an unnecessarily high standard. Farming can learn plenty from organic farming without taking the whole philosophy on board. That’s happening already, under the name ‘conservation agriculture‘.

As well as land management, another avenue to investigate is how we can reduce the pressure on soil. How we feed ourselves is a good place to start, and the most obvious issue is livestock production. Overgrazing is a big contributor to erosion. If we ate less meat, we’d have fewer animals to feed, and that would have less of an impact on the soil. As I’ve written about a fair bit this year, we could also be looking at different meats, or meat alternatives. Getting more of our protein from plants, especially pulses, would help. As with the organic question, a 100% vegetarian diet is a great personal choice, but not ideal for everyone – it would rule out food production on marginal land, where livestock is the only option. So we’re talking about less meat rather than none. 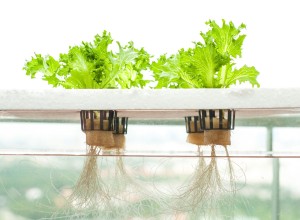 More radical solutions to take the pressure off soil include hydroponics, where crops are grown indoors in water, or aeroponics, which involves growing things in a nutrient mist. This is good for salad vegetables rather than staple crops, but it has been done at an impressive scale in some places. There’s only so much we can grow indoors, but intensive greenhouse farming has a role, especially when combined with solar power and water recycling.

Perhaps even more promising, but scarcely practiced at all, is ocean farming. Some cultures eat ‘sea vegetables’ and some don’t. A wider take-up of ocean crops would allow us to produce more food at sea. Provided this is done responsibly – and it can be – then that would free up more land.

The good news is that we don’t need any new technologies or ideas to care for soil better. But we do need much more attention on soil, and a wider understanding of how precious it is.