The last couple of years of global carbon emissions reports have been quite encouraging, as they showed a pause in the growth of global emissions. For three years there’s been something of a plateau. Would it continue on the flat, or would it fall in 2017? If it fell, perhaps we’d be able to report the peaking of global emissions – a vital first step to getting the planet onto a sustainable footing.

I wrote in detail about why the peak of emissions is important a couple of months ago. And for a while, it looked as if we might be turning a corner. Unfortunately, projections for 2017 say otherwise. The final count isn’t in yet as far as I know, but it looks like they’re on the rise again. 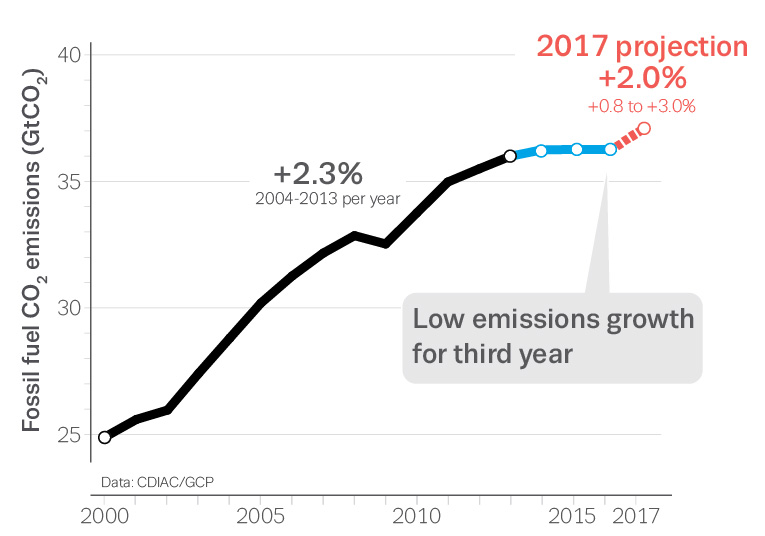 According to Carbon Brief, who have analysed these early results, “China represents the single most important reason for the resumption of global emissions growth in 2017”. China is using more fossil fuels. Emissions cuts have also slowed in the US, mainly due to coal.

As always, the learning point remains the same: the transition away from fossil fuels cannot come soon enough.