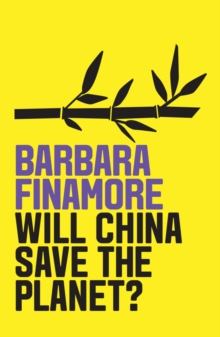 The future of the climate depends in large part on China. As the world’s biggest emitter of greenhouse gases, the policies that China pursue as a nation affect all of us. In the past, it’s very much been a climate villain. It was China that killed any hope of a deal in Copenhagen in 2009, and their rush into coal power made every attempt to lower emissions elsewhere look pointless. But that view is out of date, and China now leads the world in solar, wind power and electric vehicles.

This story isn’t well known. It’s not been widely reported, and lots of the key information is in Chinese. Not many environmental NGOs have a presence in China, and it’s not easy to follow developments. So this little book by Barbara Finamore looked like a must-read. She’s a strategic director at the Natural Resources Defense Council, with 25 years experience in environmental law and energy policy in China, and her book is a very good guide.

There are just five chapters, one each on climate diplomacy, ending coal dependency, promoting clean energy, electric vehicles and green finance. It explains how China came to see how vulnerable it was to climate change, and that addressing it was completely in its national interest. Coupled with a crisis in air pollution, the government has tackled climate change with a rare urgency and sense of purpose. China’s regional governments have slowed things down, but the huge investments that have been made in solar power, wind and battery technology have lowered prices and accelerated the transition worldwide. We’re all benefiting from Chinese investment.

‘What’s the point of reducing my carbon footprint when China is building a new coal power station every week?’ used to be a regular excuse a decade ago. Here’s the updated version: “Every hour, China now erects another wind turbine, and installs enough solar panels to cover a soccer field.”

Finamore contrasts China’s approach to that of the US, now the only hold-out against the Paris Agreement. China is leading in green technology because it spotted the opportunities. Technologies that were going to be vital in the 21st century were being ‘bypassed’ or even deliberately suppressed by other countries. Donald Trump has slapped tarriffs on solar panels and threatens to destroy the industry in the states. The British government is set to cut the solar industry off at the knees for the second time in a decade as it withdraws all support for domestic solar. We’re being held back by vested interests and out-dated ideas. China has chosen the future.

We can’t conclusively say that China will save the world, of course. The book is honest about the challenges China faces to integrate all this renewable energy. There are false incentives that have led regions to install energy infrastructure that can’t even connect to the grid. Coal regions are fighting back, just as they are in America and Australia. But there’s so much good news here, and through its investments and sheer economies of scale, China has already made a huge contribution to the technologies that are driving the energy transition.