In 2015 Britain’s first solar car park opened in Exeter. The city council put 500 panels on the top deck of their multistorey car park. People got to park in the shade and the dry, and the council created a new source of revenue by selling the electricity.

Cambridgeshire County Council has spotted this opportunity too, and it is building what will be the biggest solar car port in the country at one of their Park and Rides. It will improve the facilities for customers, run all the streetlights in the area, offer electric car charging and still sell a profitable surplus. It won’t be the largest for long. Bentley are planning one twice the size that will cover their 2,000 space staff car park in Crewe. 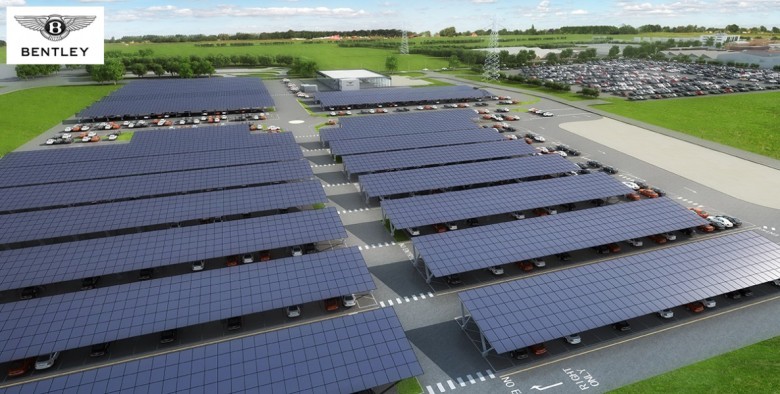 Which begs the question – why doesn’t everyone do this? Solar car ports don’t reduce the number of spaces in a car park. It all goes over the top. It doubles up on the land use, making more efficient use of space and making more money too. It supports the transition to electric vehicles, and I expect they’d be very popular too. Why isn’t every supermarket, leisure centre or retail park building them?

Perhaps they will. There’s one in Sutton, one in Barnsley, one on a Leeds shopping centre. The technology is being trialled in Scotland and demonstrated at the BRE site in Watford. Several companies are developing and promoting the idea, such as Flexisolar or Solarsense. They will be coming to a car park near you in the not too distant future.