Britain’s political parties will all be reflecting on the recent elections, where the anti-immigration, anti-Europe UKIP party did very well for themselves. In response, it is going to be tempting for all the parties to toughen their stance on those issues ahead of the general election next year. We’d then have an election fought on the defensive, on the basis of who can be the most xenophobic and paranoid without actually appearing racist and unreasonable.

Or we can talk about positive change and progress, a vision for a fairer and more sustainable Britain – and one of the wide-open opportunities on that front is inequality. Here’s an issue that affects ordinary people, that plays a big role in the health of society, and that has wide popular support. How we reduce inequality is obviously a big question, but a large majority of people believe that we should. 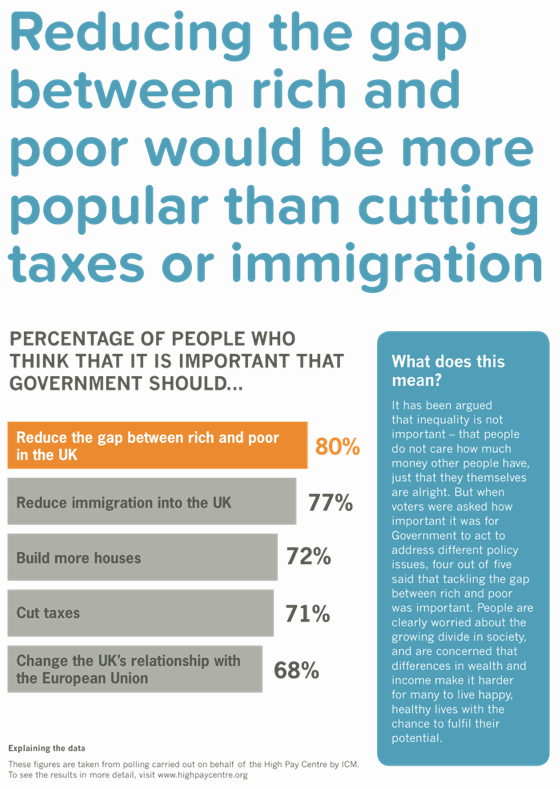