As we’ve discussed before, flying is one of the single most damaging things we can in an era of climate change. That’s not a message that’s got through to the government, who persist with airport expansion plans. And it’s not got much traction with the general public either – not when there are such cheap flights available to sunnier parts of the world.

One of the problems with aviation is that it is under-taxed. It is cheaper than it should be, given its contribution to climate change. Jet fuel is untaxed by international agreement – the only fossil fuel that enjoys that benefit. VAT doesn’t apply to air travel either. However, increasing the tax on flights would penalise ordinary people just trying to go on holiday, and that’s never going to be politically attractive.

Here’s a new idea that launched last week with a little explanatory website: a frequent flyer levy. Under this proposal, everybody would get one tax-free return flight a year. The more flights you took beyond that, the more tax you would pay. People who flew regularly would pay more, and the income raised could be used to support alternatives to flying. It is, after all, a relatively small percentage of people who fly regularly. In any given year, half of us in Britain won’t fly at all, while 15% of the population take 70% of all flights. 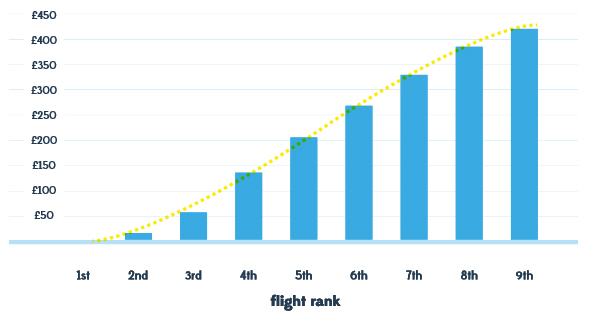 In an open letter, the campaigners from a variety of organisations summed it up thus:

We are calling today to replace Air Passenger Duty with a ‘frequent flyer levy’ that taxes travellers according to how often they fly, shifting the burden away from families flying to their one annual holiday and onto the frequent flyers who are driving expansion. Our research shows that this ‘polluter pays’ approach would enable the UK to meet our climate targets without making flying the preserve of the rich – and without needing to build any new runways.

At this point there’s usually a muttering of ‘unworkable’ from people who’ve thought about it for all of three seconds and don’t wish to hear about it again. If you were about to mutter such a thing, the full proposal has some suggestions on how it could be implemented, tracking it through passport numbers and making it a painless part of buying an airline ticket.

For more information, see afreeride.org or look them up on Twitter.