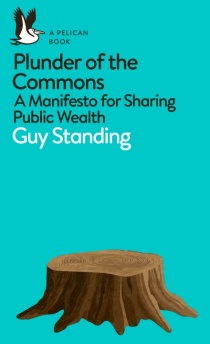 One of England’s founding documents is the Charter of the Forest. Signed in 1217, it guaranteed a series of rights of access to the forests. It set a benchmark for the commons, the shared wealth of citizens, and it is largely forgotten today.

Not by Guy Standing, who takes it as a starting point for an ambitious new Commons Charter. This reset for British democracy would secure our public wealth for everyone. It would stop the centuries-long erosion of the commons and protect it for future generations. And it would bring commons thinking back into the heart of governance.

When we think of the commons today, we are likely to think of the past. Outside of the ‘digital commons’ subculture, it’s not a term that we use very often. But really, what we’re talking about is public wealth – the wealth that we share. And as Standing describes, that includes a vast range of thing. It includes parks and playgrounds, streets and public squares, the post office and the judicial system. Prisons, hospitals, libraries and schools are all part of our shared assets.

Of course, many other things used to be. In Britain, the trains were once nationalised, along with the water companies. Privatization moves things out of the commons, and reserves them for private profit. Sometimes that works out okay, sometimes not – and the book has some spectacular examples of mishandled privatizations. But even if it works, it’s a form of ‘enclosure’, part of the long story of fencing off the commons and keeping benefits for the richest.

Plunder of the Commons starts by explaining the Charter of the Forest and a brief history of the commons. Then it moves through a series of sectors – the natural commons, social, civil, cultural and knowledge – exploring the various commons under each heading. The natural commons chapter looks at national parks, urban trees, water, the seashore, and the global commons of the atmosphere. The civil commons investivates the police, the law courts, prisons and the welfare system.

I’m familiar with commons thinking. It’s something Katherine and I look at in The Economics of Arrival, and how it can get us around old binary arguments over state vs market control.  “It is both anti-market and anti-government” says Standing –  “or at least it stands against too much market, which elevates competition and individualism, and too much government, with its inherent bureaucracy and paternalism.”

What I haven’t come across before is a real political vision for the commons in Britain today, something that really applies that commons lens to the whole process of government. That’s what Guy Standing has done here. It’s striking how many different forms our shared wealth takes, how many different ways it is being undermined, and how comprehensive a Commons Charter could be in imagining a new social contract.

I also appreciated the deep historical roots here, at a time when Britain’s democracy is a broken mess. Guy Standing’s Commons Charter takes things back to first principles. It’s not harking back to some imagined past, but learning from the early roots of our democracy and remembering what we used to value. “The idea of the commons is ingrained in our culture” Standing writes, “a reflection and a reminder of our history.” That’s a powerful and potentially unifying idea.